PYLA… an area that embodies the very best of Cyprus! 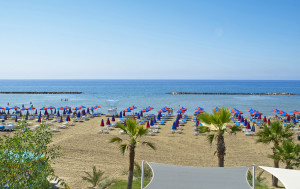 Pyla is a beautiful village and area stretching from the beach going inland east of Larnaca.

Until recent years this was one of the island’s best-kept secrets but today the area is quickly developing into a very popular destination.

It is said that the name “Pyla” derives from the ancient Greek equivalent meaning “Gate” on account of the natural entrance to the village between two mountain tops in the north. It is, however, possible that the name of the village is derived from an ancient settlement which archaeologists have dug up in the region and a particular find known to have been widely used in the ancient Mycenaean region of Pylos in Greece.

Archaeological sites in the region show the existence of remains dating back to the late bronze age from 1650-1050 BC. A significant archaeological remain is the “Tomb of Pyla” inside the village where one can also find a medieval tower. Historical monuments and churches in Pyla include the Venetian Tower, Pyla Tombs, Agricultural Museum, Archangel Michael’s Church and St. Maria’s Church. A newly built church “Saint George” is situated in the center of the village and according to the tradition, eight other churches existed at the village in Byzantine times.

During the 14th Century, Pyla was a Kingdom belonging to the prince of Galilees Jean De Brie and later to the medieval family of De Giblet.

A testament to its cosmopolitan multi-cultural character is the fact that today it is the only village in Cyprus that remains harmoniously mixed after the 1974 Turkish invasion of Cyprus and subsequent division. 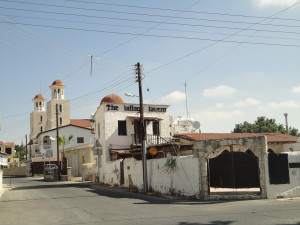 The area’s rich history, clean and safe beaches and restaurants, bars and leisure facilities make this a very appealing location for both locals and visitors. There are also sports facilities such as a football stadium, indoor futsal pitch, and sports center.

A recent development signifying a new era of progress is the opening of the only British University on the island “UCLan Cyprus”.

The Larnaca Tourist Beach that is maintained by the Cyprus Tourist Organization (CTO) is situated within 4km from Pyla center in the Touristic area of Pyla village.

Pyla village is only 2km from our offices and 12km northeast of Larnaca where some of our recent developments are situated.

A beautiful climate all year round, excellent amenities and a stretch of safe sandy beaches just minutes away make the Pyla area a privileged location for residential or holiday homes.

CYPRUS… an island for all seasons.

Cyprus is far more than a lazy beach-time resort; the island is multilayered, like its history, with a compelling culture, lifestyle, and landscape,

There is something evocatively appealing about dipping into different cultures so effortlessly, as the rich history and cosmopolitan atmosphere is evident everywhere you go.

Cyprus, a modern bustling hub of 3 continents and a cosmopolitan multi-cultural island enjoyed all seasons for countless reasons. 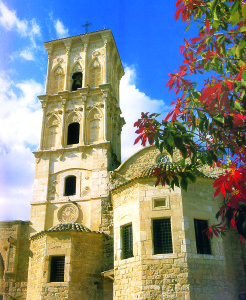 A Sense of the Past
The story of Cyprus’ tumultuous past is told through its historic sites, Roman ruins, multifaceted museums and dusty urban streets.

This sense of living history is highlighted vividly everywhere you go. Digging into the island’s past has unearthed fascinating relics, including neolithic dwellings, Bronze Age and Phoenician tombs, and exquisite Roman mosaics, with the Greek heritage and character dominant. While on the streets, keep your eyes peeled for Venetian walls, Byzantine castles and churches, Roman monasteries and Islamic mosques harmoniously co-existing side by side. 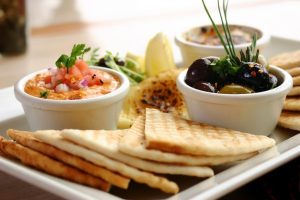 Meze is a delicious way to acquaint yourself with the local cuisine, tantalising the taste buds with a feast of small dishes, ranging from creamy hummus to spicy grilled sausage, and everything in between. Heavily influenced by Greek and Middle Eastern cuisine, Cypriot food includes some culinary stars unique to the island, including halloumi, and the kebabs are also in a league of their own. And the desserts are irresistible, flavoured with almonds, rose water and pistachios and ranging from creamy rice puddings to gloriously sticky baklava. 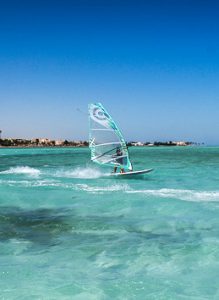 The landscape and overall mild climate mean that outside is where it’s at, and where you should be. First, there are the beaches, from the wild and windswept to the family-friendly and packed. Every conceivable water sport is also on offer, from scuba diving the watery depths to skimming the surface on a kite- or windsurf board. If you get tired of all that blue, just head to the interior where pine-clad mountains, sweeping valleys, and densely planted vineyards offer hiking, biking, wine tasting tours and, yes, even winter skiing.

Visiting the mountain villages is another highlight, as is stumbling across a simple stone-clad Byzantine church with medieval icons and mesmerising friezes.

10 GREAT REASONS TO LIVE IN CYPRUS